Regolith is a term used to describe the loose surface material found on most terrestrial planets. Unlike on Earth, regolith on the Moon, Mercury and asteroids is formed by impacts and irradiation, not wind, ice and worms! It also behaves very differently from Earth soil under low gravity, providing unique science, and an engineering nightmare! 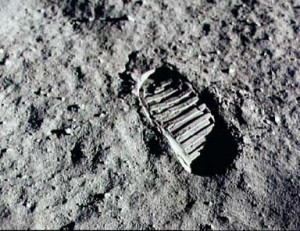 In many cases, the upper surface of a planet is all we can directly measure, either in situ or remotely (for example by telescopic observations). Understanding this regolith is then vital to understand what is happening on and below the surface.

For example, space weathering effects can significantly change the reflectance spectra of an exposed surface, making quantitative analysis, and sometimes even mineral identification, difficult. The detailed size and shape of the individual regolith grains can also have a profound effect on the overall thermophysical properties of the bulk material, which for a comet controls the overall level of activity. The MIDAS instrument on-board Rosetta will soon give us the first glimpse of the microscopic properties for comet 67P/Churyumov–Gerasimenko.

Most asteroids and many comets are also covered with regolith layers, but the extremely low gravity on these bodies, which can be a million times lower than on Earth, makes them behave in unexpected ways. There are always very small (van der Waals) forces acting between particles in a powder. Under terrestrial gravity we rarely notice these, because the weight of the particles is much larger than these forces. But even on Earth, these forces are apparent for very small particles, adhesive forces are stronger than the particle weight, and fine grains can stick to the walls of a container. Under very low gravity, similar effects can take place even for centimetre and larger sized particles!

Understanding these effects helps us to interpret images of small body surfaces. For example the smooth plains seen on the nucleus of comet Tempel 1, imaged by the NASA Deep Impact mission (see image) are unique features related to the low gravity granular surface. Several explanations for their formation have been put forward, but research is still ongoing.

There are several ways of studying these low gravity regoliths, using carefully designed experiments on parabolic aircraft flights, for example. But these are expensive and time consuming. Another alternative is to use computational modelling using the discrete element method. In this technique the dynamics of individual particles and their interactions are modelled. Using clusters of computers, it is possible to measure the behaviour of millions of such particles.