In my last blog post (“Coming out of the cold”) I talked a bit about how the Rosetta spacecraft, still slumbering in deep space hibernation, will wake up. It’s a relatively well-known spacecraft, having been launched in 2004. Although we haven’t heard from her in two and a half years, everyone has high hopes that she’ll wake up on schedule and make contact.

END_OF_DOCUMENT_TOKEN_TO_BE_REPLACED

It’s been a cold couple of years for Rosetta – launched in 2004, the ESA satellite has been racing around the Solar System in every increasing circles, gaining energy and speed from gravity assist flybys of the Earth (3 times!) and Mars. ESA recently produced a nice animation showing the entire 12-year journey:

As you can see, during the time that Rosetta has been flying, her target comet 67P/Churyumov–Gerasimenko (“Chury” to its friends) already made one close passage through the Solar System (67P has an orbital period of six and a half years). But in orbital mechanics, being in the right place at the right time isn’t enough – you also have to be travelling with the right speed. All previous comet missions were flybys. In a flyby the comet and spacecraft are in the right place, at the right time, but have very different velocities. Because of this they are close to each other for a scant few hours and observe the comet nucleus for only a fraction of its passage through the Solar System. Rosetta is something completely new – a comet rendezvous mission; Rosetta will catch up with comet 67P and stay with it for as long as possible, hopefully more than a year. This means we will be able to study the comet through a large part of its orbit – or at least the interesting bit, when it is close to the Sun! But to do this, Rosetta had to spend a decade playing interplanetary billiards to reach the right point, at the right time, and with the right velocity.

Rosetta has specially developed, and rather large, solar panels (as seen in the picture above) to power it during its voyage. Even so, Rosetta was so far from the Sun during the final outbound loop of its journey that she didn’t receive enough precious sunlight to keep everything switched on – so she entered the long sleep of Deep Space Hibernation (DSH).

In this phase almost everything on-board was switched off – all of the instruments, attitude and propulsion control, the navigation cameras, communications… pretty much everything. The only subsystems left on were the main computer, counting down the days, and some heaters.

Up until this point, Rosetta was in regular contact with the ground controllers at ESA’s mission control centre ESOC, but since the probe entered hibernation in June 2011 we haven’t heard a peep. That should, however, change on January 20th 2014. At 10:00 UTC the countdown will hit zero and the on-board computer should start a series of events to wake up the spacecraft, point it to the Earth and let us know how she’s doing. After so long in the cold, the first thing Rosetta has to do is warm up vital systems – firstly the star trackers. These are cameras specifically designed to take pictures of the stars and figure out where the spacecraft is pointing. Rosetta can then use this information to stop the slow spin that she has been in for the last 2 years and eventually point the spacecraft towards the Earth. The full sequence is shown in the following animation:

It’s worth remembering that, until this whole sequence of events has played out, we have almost no chance of hearing anything from Rosetta. So even though the alarm clock goes off at 10:00 UTC, we won’t hear anything until about 17:45 UTC. And even this time is not certain. Unlike most events in space that are planned to the second, we don’t know exactly how cold Rosetta will be, how much power will be available and how long the warm-up will take. But, all being well on the evening of 20th January, Rosetta will wake up. The official announcement will arrive via the @ESA_Rosetta Twitter account – so follow it now if you haven’t already!

ESA have also planned a neat social media campaign using the hashtag #WakeUpRosetta. I’ll write some more about this later, but for now leave you with a great cartoon summary of Rosetta – the story so far… 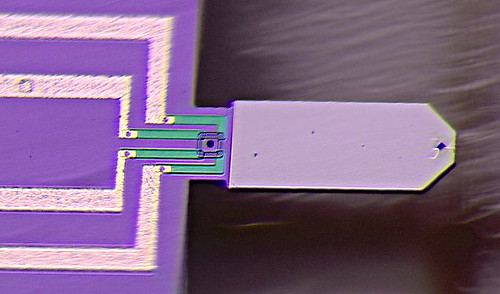